Shinsei no Sato Christian Church began in May of 1984 in the home of Jack and Cathy Garrott, located at 1-137-3 Koba, in Omura City, Nagasaki Prefecture, Japan. The church name (which means “Home of New Life") was chosen by the Japanese people who were attending at that time: Mrs. Michiko Gono, Mrs. Yasuko Satoh, and Miss Eriko Kimura. Since that beginning many families and individuals have called this their “home church" at one time or another. And many lives have been touched for Christ through the ministry of Shinsei no Sato.

In September of 1985 the church began meeting each Sunday morning at a day care center (Yurikago). Jack would bring a message and often Ruth and Ann would do something to illustrate the Bible story … draw pictures, do a short puppet show, do a skit, etc. if children were present. Cathy would play the piano and Eriko, Jack, Ruth and Ann would lead in singing songs.

This continued for about 5 or 6 months. After that, the church returned to the Garrott home to meet. In the fall of 1986 the church was blessed with a downtown location, on the second floor of the Sakura Taxi building in Hon machi. The Garrotts and Eriko … who is now pastoring a church in Nagasaki City … ministered in various parts of Kyushu in music and song. Several of the members would go with them. An 8 passenger van was purchased so that more people could travel with them.

Over the years there were various foreigners who regularly attended the church, so the services became bilingual. There have been people from America, Canada, England, Korea, The Philippines, New Zealand, Australia, Brazil, Hong Kong, Honduras, India, Kenya, St. Thomas (in the US Virgin Islands), and several YWAM teams with members who come from all over the world!

A few times the Garrotts have had to be away on emergency trips, and the members have carried on the services or made arrangements to worship with other churches in the area, which has help with creating unity among the churches in Omura City. Joint Easter Sunrise Services have been held with the other Protestant Churches in Omura for several years.

In 1996 Jack put the church on the Internet in both Japanese and English. www.shinsei.org became a place where people around the world could learn about the work of the Lord that is going on in Omura. Some of the people who have attended here over the years first learned about us through the church website on the Internet.

Towards the end of 1996 the Lord was leading us to begin to look for another location for the church to meet. After searching and considering several different locations, the Lord led to a specific plot of land. The day the church members met with the owner to discuss this land the Lord gave a beautiful sign – a straight rainbow – to confirm that this was, indeed His choice of a place for Shinsei no Sato Church to be built.

Dedication of the land took place on July 26, 1998, and building began in August, with volunteers helping to build. After the framework was done, church members came in and wrote Scriptures on the door posts and beams.

God provided, free of charge, many items for the new building: the electric doors for the main entrance to the church and other doors, windows, sinks, commodes, water heaters, lights, mirrors, cabinets, tables, chairs, a water cooler, air conditioners, even flowers for outside around the church!

The view that folks see as they cross the railroad tracks, coming towards the church, God gave to Cathy in a dream about 9 years before they even began thinking about building. It goes along with the Scripture passage that was given to the church when it first began … Habakkuk 2:2-3

2:2 The Lord gave me this answer: “Write down clearly on tablets what I reveal to you, so that it can be read at a glance.

2:3 Put it in writing, because it is not yet time for it to come true. But the time is coming quickly, and what I show you will come true. It may seem slow in coming, but wait for it; it will certainly take place, and it will not be delayed.

Christmas of 1999 over 100 people came to take part in the “Christmas Sing-Along" and hear the Kwassui Handbell Choir perform. It was a standing room only event! From that, the Christian “Citywide Christmas Program" began. Along with Shinsei no Sato Christian Church, the Kyodan Church in Kuidetsu Machi, the Baptist Church in Kogashima Machi, Nagasaki International Church (Pentecostal Holiness) in Imazato Machi and the 2 Catholic Churches (in Kako Machi and Uematsu Machi) cooperate to share Christ with the city in a special Christmas program each year.

The Christmas Eve Candlelight Services at Shinsei no Sato have been a favorite of many people over the years. The attendance is usually quite large for these services and many lives are touched with the message of God’s love for mankind.

Over the years there have been many special speakers and various volunteer groups
which have come to minister here. There have been prayer walks, tracts handed out, VBS, special Easter and Christmas programs for children, weddings and baptisms … in the city pool, on the top of a building in Nagasaki, in Omura Bay at Miura, and in the baptistry in our current building. 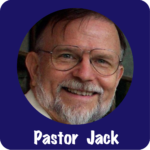 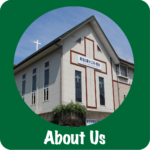 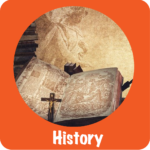 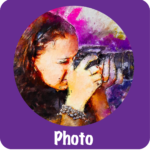 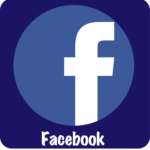 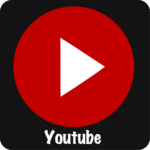 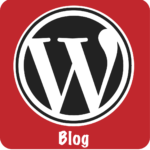